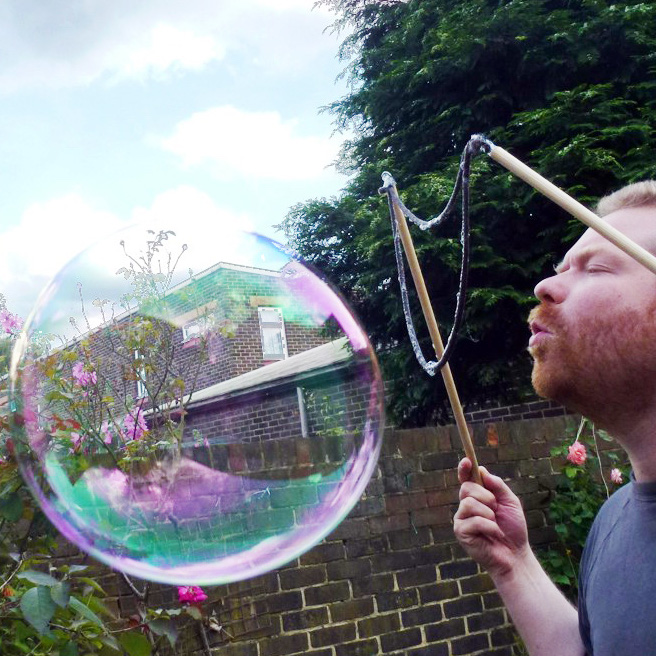 Nick graduated from the Architectural Association in 2004 where he was a recipient of the Future Practice Prize and an honours nominee. He was a scholar at the British School at Rome (Boas Scholar, 2003) and completed his professional training at the Bartlett School of Architecture, UCL. Nick founded Tyler Hayhurst in 2004 and later reformed his practice as Hayhurst and Co. in 2009.

Nick has taught and lectured widely and is a Senior Lecturer at University of Brighton where he specialises in design theory and practice. He is currently the subject lead for Future Practice: exploring evolving forms of architectural and design practice. Nick sat on RIBA Council, was one of the author’s of the RIBA’s publication ‘Tomorrow’s Architect’ and is a member of the RIBA Visiting Board where he has chaired the validation of schools of architecture. Nick is a Professional Examiner at the Cass and the Bartlett and an External Examiner at Robert Gordon University, Aberdeen. 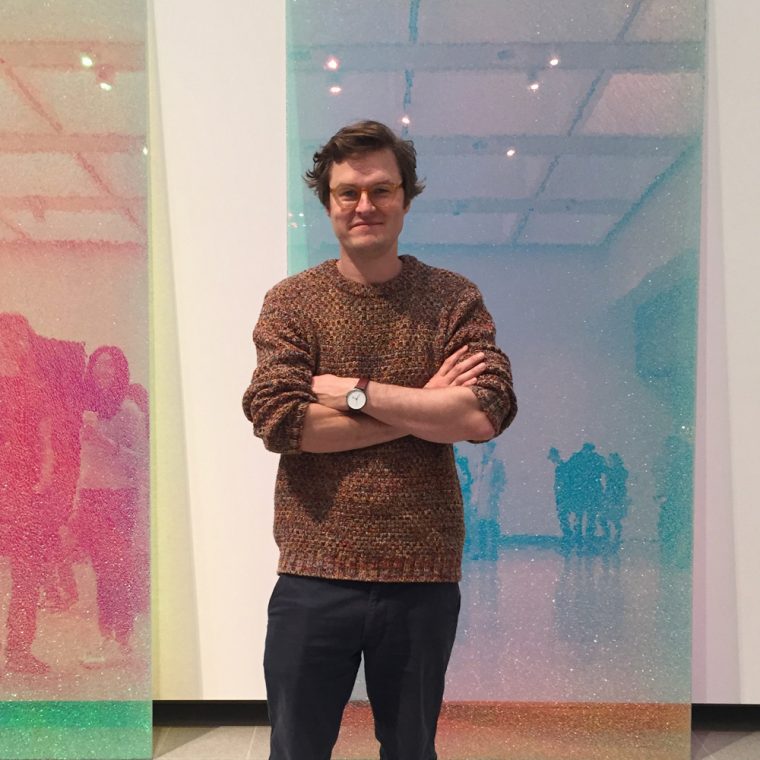 Jonathan graduated from the Architectural Association in 2003 and completed his professional qualifications at the Bartlett School of Architecture, UCL. He is a founding member of Hayhurst and Co. and became a Director in 2013. Jonathan is registered with the ARB and is a Corporate member of the RIBA.

He was a Visiting Lecturer at the University of Nottingham from 2005-2008 and has been a visiting critic at schools of architecture in the UK and in India. Outside of the office he has had articles published in AD, Architects Journal and Blueprint magazines and he has contributed to events and public discussions on the themes of demographic profiling, local cultures, and the effects of behaviour patterns on design performance.

He is an author of the Chandigarh Catalogues; a Graham Foundation funded research project documenting the Indian city of Chandigarh, which was exhibited at the RIBA in 2009, and he is the initiator of Postcode Portraits, an Arts Council funded project that investigates the effects of social classification on the British landscape.

Jonathan leads the technical and material, research and development within the practice and is behind many of the practice’s innovative material approaches to design. 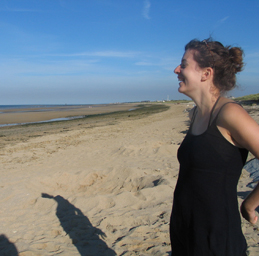 Holly also works as a freelance illustrator under the name ‘Holly-Paper-Scissors’ and is a member of the Association of Illustrators. She specialises in the use of collage, drawing and printing techniques to create work on a range of topics including the natural world, current affairs and politics. Her work has been exhibited at the Bankside Gallery, Peckham Space and was selected for the AOI’s Images 36 publication and touring exhibition. 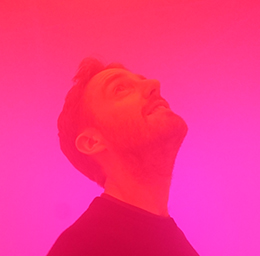 Jamie studied at the University of Sheffield, where he was awarded the masters travel scholarship and a distinction for his masters thesis, before he completed his professional qualifications at the Bartlett School of Architecture, UCL. Before joining Hayhurst and Co, Jamie worked on major public building projects for leading practices in both the UK and Denmark. This includes his role as project architect on the Athletes’ Village Health & Wellbeing Centre for the London 2012 Olympics, as well as a new Business & Mathematics Building at the University of Kent, and the post-earthquake re-construction of Christchurch’s City Library, New Zealand.

Jamie has been an invited guest critic at numerous schools of architecture in the UK and Denmark. He currently delivers an undergraduate technology course at UCA, Canterbury and is a Professional Examiner at University of Brighton and the Cass. Jamie leads Hayhurst and Co’s involvement in the RIBA mentoring scheme with UEL.

Jamie’s interest in the connection between design and construction led to his involvement with charity Voluntary Design & Build. As a participant and trustee, Jamie has helped vD&B develop and construct a Children’s Centre in Romania, a bandstand on the Southbank and an exhibition fit-out in Hackney Jamie is currently project architect and design guardian for the re-building of Edith Neville School, as part of the Central Somers Town Masterplan. 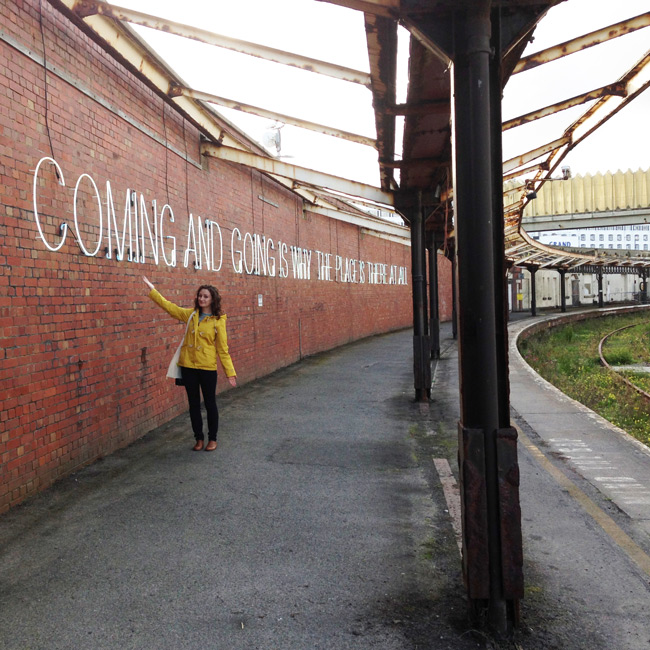 Claire studied at the Bartlett School of Architecture, UCL before completing her professional qualifications at University of Westminster. Her student work has been exhibited in several public exhibitions and shows including the Venice Biennale fringe, Royal Academy Summer Show and the Roca Gallery in Chelsea. Claire has been an invited critic at the Bartlett School of Architecture.

Claire has a particular interest in exploration of social and cultural dimensions of architecture and the relationship between architecture and human interaction and enjoys working with materiality and tactility of spaces at the human scale as well as design at a strategic urban level. Before joining Hayhurst and Co, Claire worked in architectural studios in Rome and Milan, and Metropolitan Workshop and PRS Architects in London. She has worked on a range of projects, ranging from sensitive historic restorations, master-planning, refurbishment and public realm projects.

Claire joined Hayhurst and Co in 2015, where she has worked on a range of residential and education projects and has delivered projects from initial design to completion on site: leading design stages through to contract administration and hands-on involvement on site. 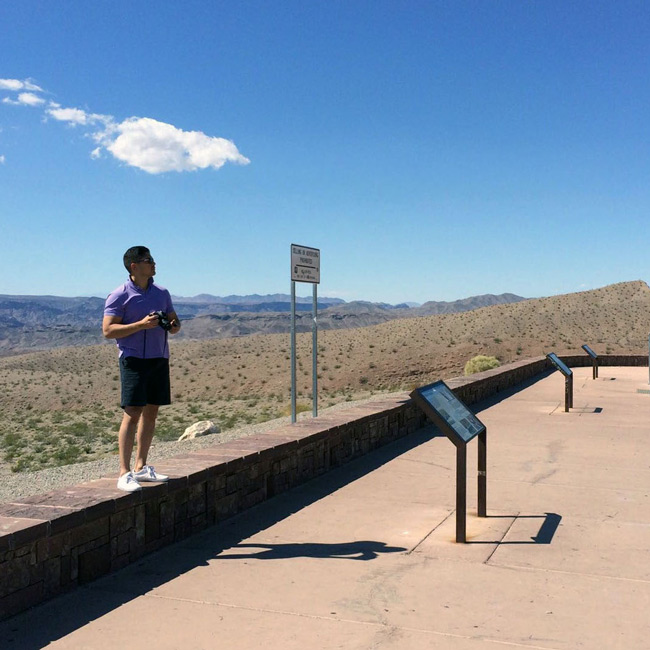 Tony trained at Oxford Brookes University where he was awarded a Distinction for his Masters in Advanced Architectural Design before completing his professional qualifications at University of Westminster.

Before joining Hayhurst and Co, Tony worked at Pringle Richards Sharratt Architects and ORMS where he gained extensive experience on a range of building types ranging from cultural, leisure, higher education, community, and commercial projects. Notably as project architect, he delivered the Black Cultural Archives in Brixton and worked on the innovative adaptations to the sensitive Denmark Street with its guitar shops in Soho, Central London. An avid amateur artist, his fascination with the everyday has led him to recreate miniatures from his environment, often with elements of re-appropriation and decay.

Tony joined Hayhurst and Co in January 2017 and has worked on a range of residential and public projects. He has led projects from design to completion on site: leading design stages through to contract administration. 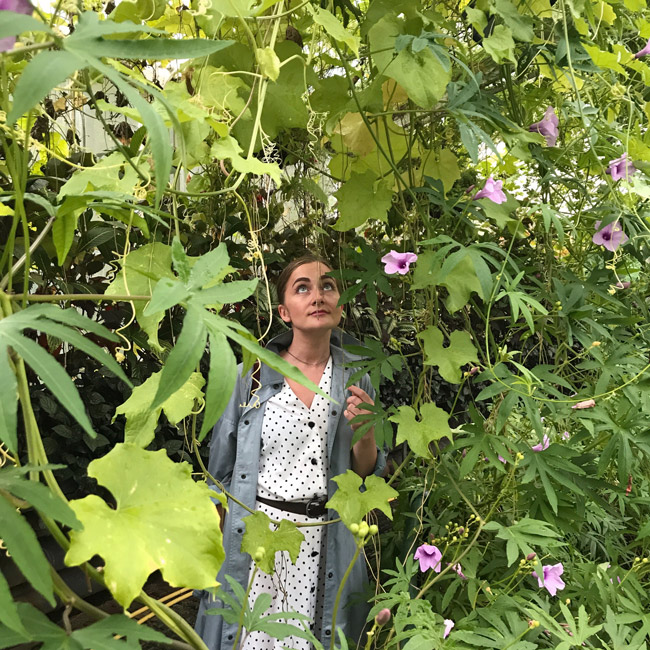 Holly began studying architecture at the University of Brighton where her final year project entitled ‘Shoreham Village of Moving Image’ was shortlisted (final 12) for the RIBA President’s Bronze Medal. Holly completed her Masters at Bartlett School of Architecture, UCL where she gained a Distinction for her final project ‘Gallion’s Reach: Hydrology and Geology’ which was developed through a series of porcelain models and a thesis that looked at rammed chalk construction. Holly returned to the Bartlett School of Architecture to complete her professional qualifications.  Holly has a passionate interest in the relationship between architecture and landscape and how this can contribute to positive mental well-being.

Holly joined Hayhurst and Co. in 2012 and has contributed to numerous on-going projects and competition entries. Holly is currently leading a number of residential projects at different stages of design development and construction. 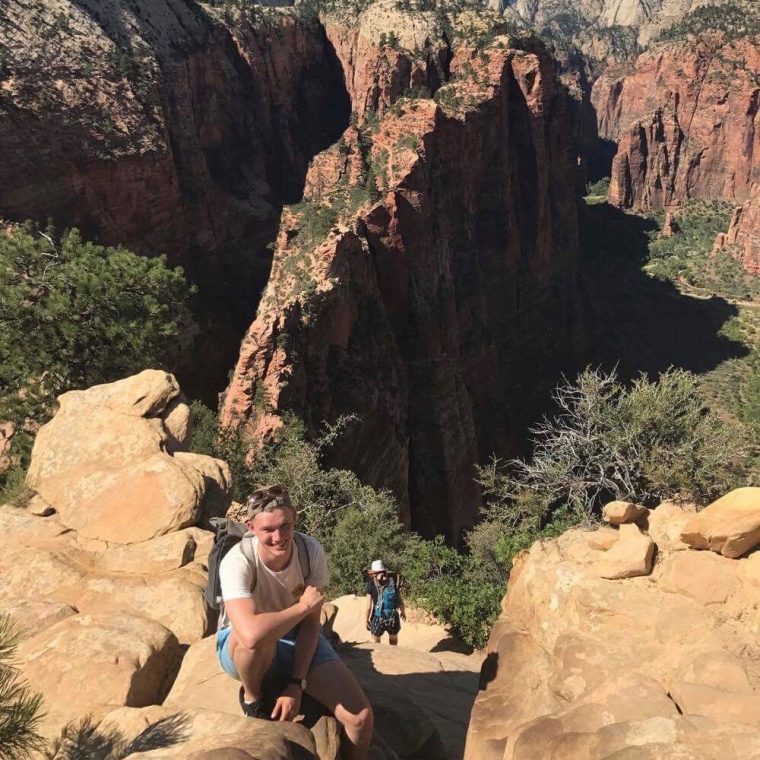 Chester completed his Masters Degree at the Scott Sutherland School of Architecture, Aberdeen where he graduated with distinction for his project entitled An Orcadian Cabinet of Curiosities. Based in the Orkney islands the work explored a personal narrative of design, focused on life on the peripheral and the margins of society. The project was awarded the ASA Silver medal, the RGU Art and Heritage award and a RIBA President medal.

Chester has previously worked in the Dublin based office of O’Donnell + Tuomey where he gained experience working on an array of building types. This included the design of a new library for the Dublin Institute of Technology and the new V&A Museum at Stratford waterfront.

Chester joined Hayhurst and Co in October 2019 and is working on a range of residential projects. 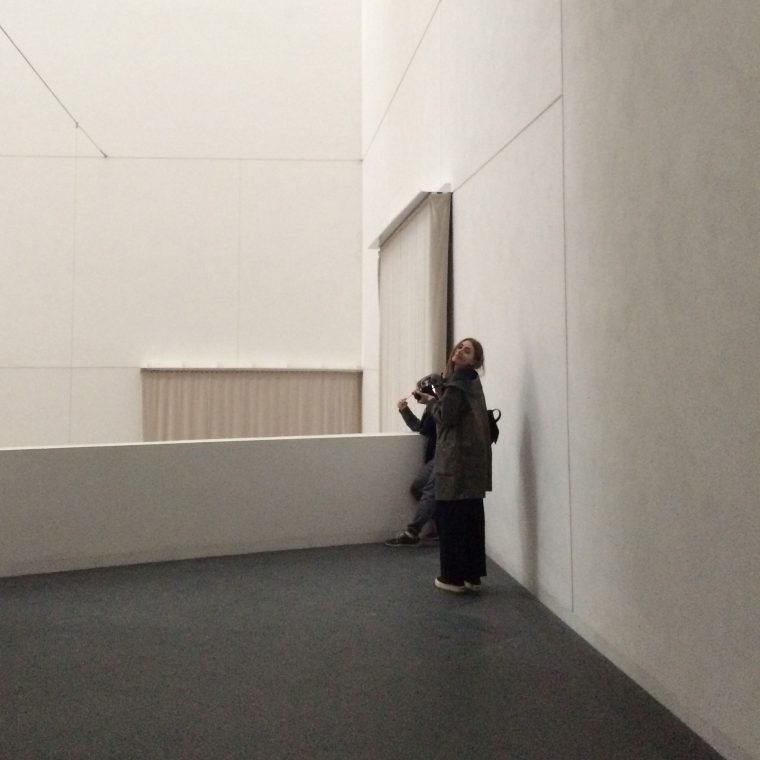 Marina studied at the University of Strathclyde where her final year thesis, a paired collaboration entitled Synchronicity; Unravelling Urban Narratives, received the AJ Student Prize, the A+DS Urban Design Award, was nominated for the Silver Medal Award and was exhibited at the RSA as part of the New Contemporaries exhibition.

Marina’s enthusiasm is driven by place-making and the empowerment of cultural identity in architecture.  Her interest lies in the composition of spaces that trigger original experiential qualities, emerging within a wider social context.

Before joining Hayhurst and Co. she worked in architectural studios in Glasgow, on a range of domestic, community and education projects.

Marina joined Hayhurst and Co. in October 2019 and is working on a range of residential and master-planning projects. 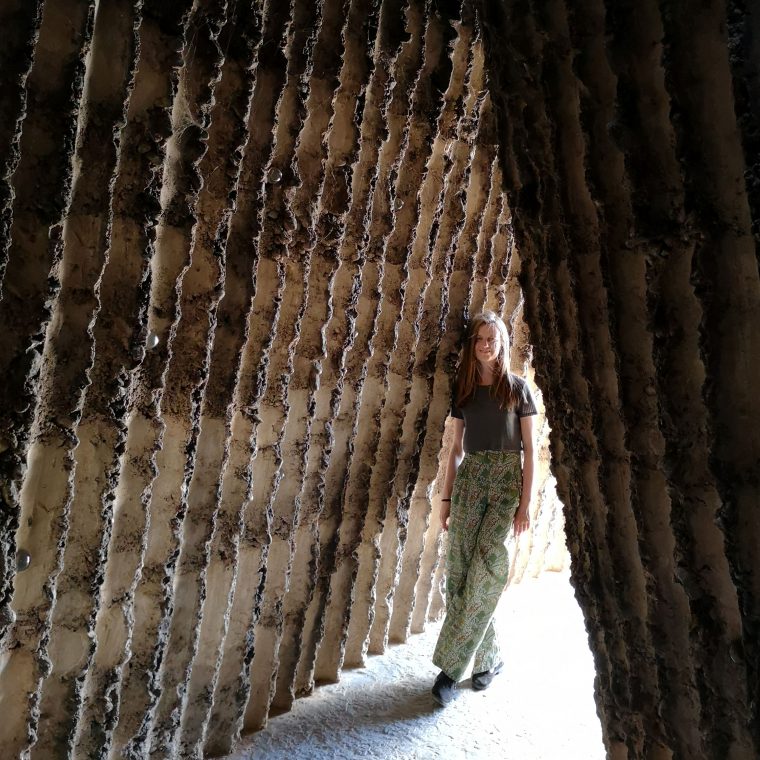 Ruby started her architectural education at the University of Liverpool, where her final project was awarded the Charles Anthony Minoprio Prize for best set of rendered drawings and the Holt Travel Scholarship in first prize review of examination work. Her education here established a deep passion for socially and environmentally sustainable design, driven by a craft-based approach. She later completed her education in The Netherlands at the TU Delft, following two years’ work in sustainable and Passivhaus design. She graduated with her thesis ‘Cultural Cultivation: Cultivating Culture’, which explores the infrastructural, cultural and aesthetic transition to a more sustainable method of food production. Her projects and pursuits inside and outside of architectural education have fostered a growing fascination with the agency of design and its relationship with people, behaviour and the wider environment we all inhabit.

Ruby joined Hayhurst and Co. in October 2019 where she is working across residential, educational and mixed-use projects. 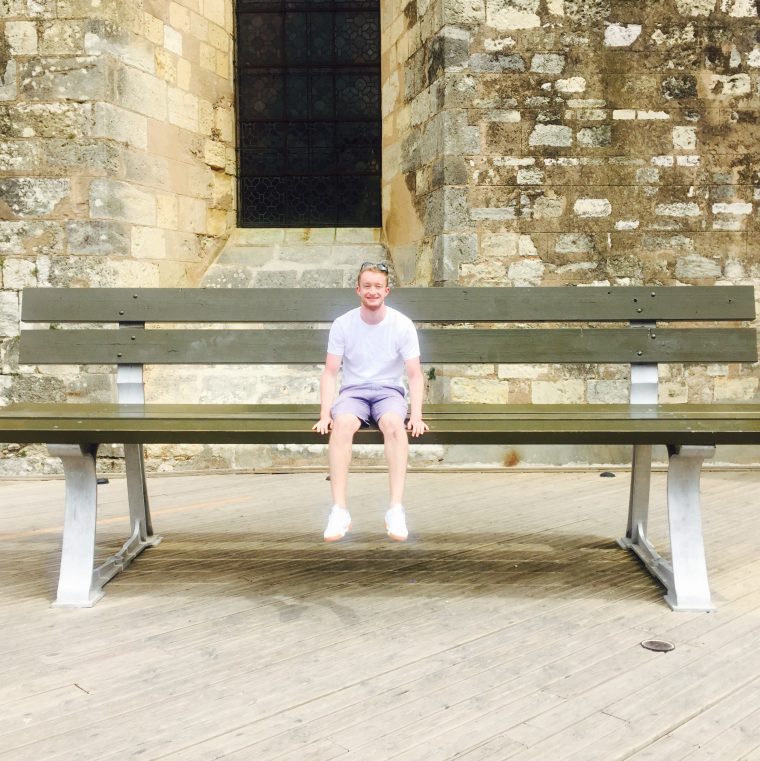 Alex studied for his undergraduate degree at the University of Liverpool where he was awarded the John Rankin Prize for Drawing, the SOTA Academic Achievement Award, was nominated for the Future Architects Exhibition and had work featured by the Architectual Review Magazine. Alex’s particular interest is in the social quirks of communities and their individual identities. This is shown through his student work, where Alex explored the social realms of architecture; Housing pressures in Liverpool, the dilapidation of seaside towns and a speculative future for the NHS.

Upon completing his degree Alex joined Hayhurst and Co. in November 2016 and assists on residential and education projects and practice administration. 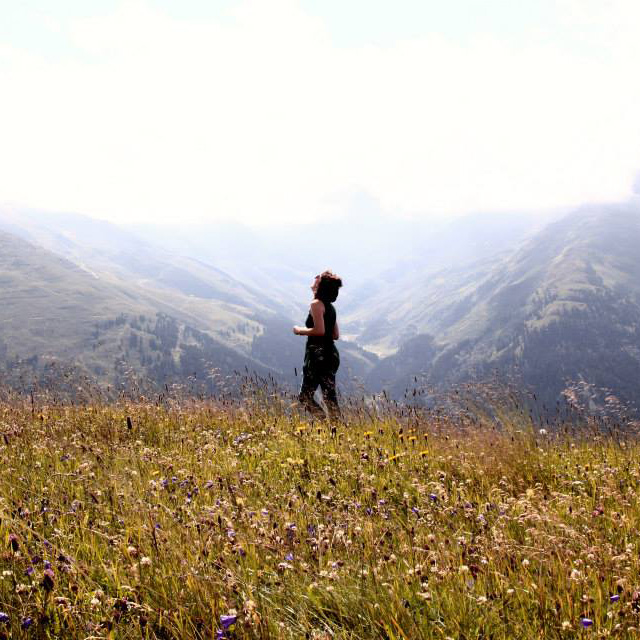 Lucille completed her RIBA Part 1 at the Univeristy of Brighton where her final project, ‘The Digital Awareness Programme’ was nominated for The Morgan Carn drawing Prize and shortlisted for the RIBA South Award. After focussing on art, illustration and photography during college, her time at the University of Brighton allowed her to establish her own style and approach to architecture and design. Her dissertation studied the houses of the Eastern Cape as an embodiment of South Africa’s historical context, whilst her final project was socially driven to aid and diminish internet addiction across the UK. These projects amongst others, have led her to develop a profound interest in employing creative practices in order to respond to or engage with both social and political environments.

After completing her Part 1, Lucille joined the Hayhurst and Co. team in August 2018, as an architectural assistant, working on residential and educational projects.